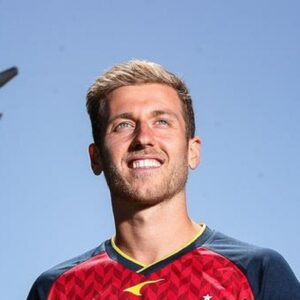 Stefan Mauk is a professional Soccer player who plays and captains Adelaide United in the Hyundai A-League. Stefan began his career at Melbourne City in 2013 where he made 34 appearances before shifting to Adelaide United in 2016. After 16 appearances he spent two years in the Netherlands playing for dutch side NEC in the Eredivisie, before returning to Australia to play for Brisbane Roar and then returning to Adelaide from 2020 onwards. Stefan has also made 30 appearances for Australia U-23, U-20 and U-17 youth sides. WE can’t wait to see Stefan at our Adelaide Soccer Programs.