Dylan Pierias is a professional Australian Soccer Player for A-League Side Western United. Dylan started his career as a winger at Melbourne City, making three appearances between 2017-2019. He then transferred to new franchise Western United where he has made 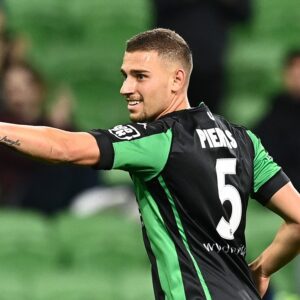 54 appearances and scored 6 goals. Dylan was included in the Men’s Olympic Squad for Tokyo in 2021. We can’t wait to see Dylan at our Soccer Programs in VIC.